A Testimony of LIFE for My Mom 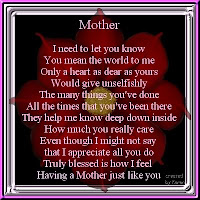 The number of obstacles and strongholds that I have faced in just the short span of time that I have been writing I Shall Not Die is utterly amazing. It seems as if the enemy tries one thing to stop the process, and if that doesn't work, he finds a larger stumbling block and places that in my path to see if perhaps, it will do the trick. Everything from physical battles to personal challenges, to financial struggles have been tossed in my direction since I began the journey to complete this divine assignment. Most of the bumps that have been carved in the road, I've been able to navigate around without too much difficulty, but this latest stunt, I admit, was successful in creating a substantial pause in the flow of my determination.

It's one thing to fight the eerie fatigue and lethargy that I've battled from day one of my efforts to bring this vision to past. The strange depletion of my body's energy has been aggravating and annoying, yes. But I can and have dealt with it in a relatively proactive manner, and though it has slowed the process of completing the book, it has never completely stopped it. But on Monday, February 1st, the brakes were tapped on the production of this assignment when I received the news that my mother had been placed in the hospital with heavy rectal bleeding. And the entire process was brought to a screeching halt when I got word that she had been moved from her regular room to the intensive care unit when the bleeding continued. Then shortly before I was able to get to the hospital to see her, I was informed that she'd been rushed from one medical facility to another because her pulse rate had dropped tremendously and her skin was cold and clammy and they feared that she might have to have some type emergency surgery to save her life.

I broke every speed limit law known to man as I took to the highway to see her. Once there, I was only able to spend one day with her before having to return home to prepare to travel for literary appointments that had been on my calendar for months prior. I was prepared to cancel if I had to, but my mother said not to. Thank God that by the time I got there, although she was hungry because they weren't able to feed her due to the series of tests she needed, and she was a bit tired from whatever test that had just been performed shortly before I arrived, she was stable and was in good spirits. But the fact remained that she was still in the hospital and was receiving her sixth unit of blood to replace what her body was continuing to lose.

Yesterday marked a week since the mayhem began, and from then until now, I have been unable to get my mind in the place to write again. It's not writer's block...I've been so consumed 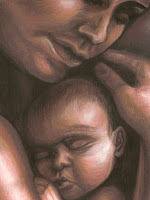 with concern for Mom, that I've just not been able to focus like I need to. I had been able to write despite my own drama, but not despite my mother's. There is truly nothing like the love a mother has for her child and nothing like the love that a child has for her mother. For the first time in my life, I looked at my mom lying in a hospital bed, with needles in the backs of her hands that were feeding her fluids to keep her from dehydrating and blood to keep her from dying, and thought to myself: What if I lose her? I'm writing a book called, I Shall Not Die, but I was terrified of losing my mother.

The older I become, the more I appreciate the fact that I come from a praying, Bible-believing, faith-walking family. After spending all the time in the ICU room with my mother that the hospital would allow, my dad, my two sisters, and I were told that we had to leave. But before we disbursed, my dad, who has been a preacher for about 45 years now, held my mom's hand and prayed as three of their five offspring stood around the bed and joined in. He prayed for the bleeding to stop and for his wife to be moved from ICU and eventually allowed to go home. And as he prayed in low tones, in my mind I spoke on my mother's behalf, repeating the words, "I Shall Not Die." I kissed my mom's forehead and told her how much I loved her before I left the room. I watched my two sisters do the same, and then I saw my dad bring up the rear with a kiss to her lips. When I got back on the highway to head back to Atlanta, I felt much calmer than I did when I was en route there. God had given me a level of peace that I didn't have prior.

Even as I make this blog entry, my mother is still in the hospital, but God is at work. The same doctors that were scratching their heads as they ran a boatload of tests on Mama to try to find the source of the bleeding are still scratching their heads now. They were never able to understand why she was bleeding, and now they can't understand why she's not. She has not lost any more blood since my father prayed over her on last Thursday. She has been moved from ICU to a regular room. She is scheduled to be released in the next day or so. And at this very moment, I think I just reclaimed my motivation to write the next phase of I Shall Not Die. Wow...even at three o'clock in the morning, God is good!

I am so grateful for everyone who have been praying for my mother's healing. I sent emails to just about every prayer warrior that I could think of. Mom's not totally out of the woods yet, and we realize that. As long as the source of the bleeding has not been detected and therefore not treated, the doctors have reported to us that the bleeding can resume at any time. But the Word (Isaiah 53:5) says with His stripes we are healed. And God's report is the one that we choose to believe.
Posted by Kendra Norman at 2:52 AM 2 comments: