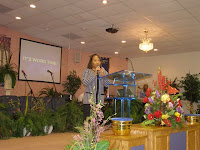 To go into all the intricate details of the exciting direction in which God is taking my writing ministry would be a premature move on my part. Not only that, but it would make this long overdue blog entry far too lengthy. But suffice it to say, my first nonfiction, I Shall Not Die is playing a great role in my movement toward this new phase of my life and career. So much has transpired since the release of this book last October...so much has happened since my last posting to this blog. God has been good, and He has kept the promises He made long before I began penning I Shall Not Die. He assured me that if I followed His direction, obeyed His voice, and wrote the book that was birthed from my own life's 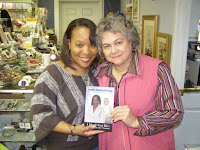 greatest trial, He would see to it that I Shall Not Die would bless many. And indeed it has...including me.
Emails, letters, and phone calls have come in a steady stream. Readers have found lost faith, renewed strength, and new reasons to live by way of I Shall Not Die. The sales of both the hardcopy and E-book versions have exceeded my expectations. The posted reviews on Amazon.com have been overwhelming, and the Facebook posts and private notes have been more than humbling. As I've digested the magnitude of it all, there have been many days that I've found myself in tears. 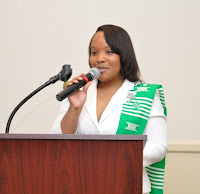 It has brought me to my knees...literally as I have thanked God repeatedly for His grace and favor. Door after door has been opened for The I.S.L.A.N.D. Movement - the motivational ministry that was birthed from I Shall Not Die - since I obeyed God's voice and wrote the book that He inspired over fifteen years ago. I've been in awe of the move of the Holy Spirit as I have traveled to bring the message of LIFE to people everywhere.
My 2011 calendar has more speaking engagements lined up on it than I've ever had in past years. From Mississippi to the nation's capital of Washington DC; from my home state of Georgia to the state of North Carolina; from Maryland to Lousiana and more. Even dates in 2012 have already been booked as I'm being 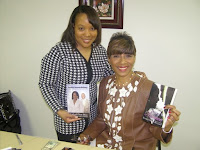 contacted by organizations and ministries to come and serve as keynote speaker for their special events. Even as I type this blog entry, I'm overwhelmed.
A little known fact about me is that I've been a licensed minister since the age of 21. The pulpit (or stage for that matter) has never been my comfort zone. When I began publishing books in 2002, I saw it as a way to minister without the mic. But lo and behold, in a manner in which only He could orchestrate, the Lord has brought my life full circle, and I'm being placed in the position to exercise the ministry (in the form of empowerment speaking) that was bestowed on me by Him many years ago. Sometimes we have to come out of those comfort zones to completely fulfill our purpose. And now, though standing in front of a crowd may very

well never feel like second nature to me, it has become an assignment that I have embraced with joy, and I feel blessed every time my presence is requested to share the gospel of Christ; even if it is on the level of teaching others how to write their own life's tests in a manner wherein it will testify to those who read it.
I am so very grateful for this new season and this new day in my life. Stay tuned. More will be revelealed when the time is right. In the meantime, check the calendar on my website and/or connect with me on Facebook so that you can be made aware of my whereabouts as I travel the globe speaking, facilitating, signing books, etc. If I'm ever in or around your area, please join me!
Posted by Kendra Norman at 5:19 PM 1 comment: