Humbled, Grateful, and a Winner No Matter What!

It's no longer a secret. I've told about everyone I know, in some form or another (email, blog, Facebook, text message, Internet interview, radio interview, face-to-face conversation, telephone chat, etc.) that I finally have an answer to a question that I've been asked numerous times over the years. That question is: "Among your books, which of them is your personal favorite?" My answer to that question had always been, "I have favorite characters, but not favorite books. Asking me which is my favorite book is like asking me which of my daughters is my favorite child. It's impossible to answer. I love them all the same."

My answer to that changed from the very moment that I placed that last period on the final sentence of I Shall Not Die, my first nonfiction title that released on October 1, 2010. Each of the eighteen (18) titles that I have written and published to date are very dear to me, but for many reasons, I Shall Not Die holds a special place in my heart that none of my fictional titles have captured. The testimonies that have flooded in from readers 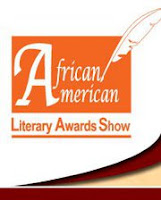 of how the book has blessed them and changed their lives for the better, have been humbling to say the least. Just hearing the constant testimonies and reading the online feedback alone is reward enough for me.

But that doesn't take away the thrill that I received when I first heard that I Shall Not Die was named a finalist to receive the "Best Nonfiction of the Year Award" from The African American Literary Awards Show in New York. The news actually brought tears to my eyes; an emotional reaction that has never happened before in all of the other awards (or award nominations) that I've received for books through the years. I'm grateful for every accolade of any kind that I've ever received, but this one had an especially moving affect on me. I know that being able to claim this particular win will mean more to me than words will be able to express.

Will you help secure this accomplishment for I Shall Not Die? This is the last week for votes to be cast. The public announcement of the winner will be made on Thursday, September 22nd, but no votes will be accepted after Friday, September 2nd. Please click the African American Literary Award Show link in the paragraph above, or copy and paste http://www.literaryawardshow.com/ in your browser and cast your vote there. Even if you have voted before, please try to vote again. Several people have said that they have been able to vote numerous times (at least once per week), so don't let a previous vote stop you from trying 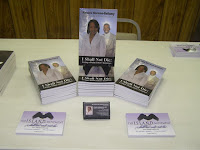 again. The competition in this category is fierce, and I will need all of the support that I can get.

As always, thank you kindly for your consideration and your unwavering support. It is genuinely appreciated. Whether I walk away with this 2011 literary title or not, I will still feel like a winner. This book has been used as a tool to win souls for Christ, and with a testimony like that, there is no way I can feel like I've lost. Even so . . . if I Shall Not Die is chosen as the Best Nonfiction of the Year, you can best believe that I'll be shouting and giving God the glory! :-)
Posted by Kendra Norman at 8:53 PM